What My Last Day on Earth Would Be Like, As Of Right Now....

While reviewing some material from "Deathmatch: Last Meal" today, I came upon my description of what my last meal, or day of meals, on earth would be and realized that that over a year it has already changed significantly. I decided to update this experience here, and, as I did on the facebook page, would encourage others to think about this question as well.

Bear in mind that this would be my last day experience in relation to food and drink, which I’ve based my life around, and obviously there would be other things (such as who would prepare the food, what kind of stereo system we would be listening to, having sex with various people, etc.) that won’t be covered (you’re welcome). Also, in relation to wine in particular, I’ve chosen things that I’ve already had because I need to know what to expect when mapping out this final experience. 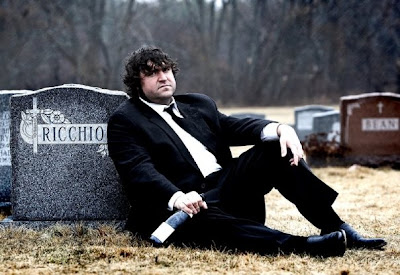 I would begin this day, at dawn, after about twelve hours of sleep to insure that I wouldn’t have a hangover. The setting for this final experience would be a house on a lake in the Maine woods, around late October. A walk in the woods, getting stoned while listening to “Blackwater Park” by Opeth on my headphones, would set the tone for the day and get me hungry enough to take down the extraordinary amount of food I have planned.

The first course after the walk would be a bowl of Vietnamese Pho, accompanied by a bottle of 2004 C.H. Berres Riesling Spatlese “Urziger Wurtzgarten,” which is definitely a little young to go, but then again, so am I. After finishing the bottle and listening to “Jar of Flies” by Alice in Chains, I’ll be ready to see my friends.

A group of about thirty people would arrive for course number two, which would be Iranian Osetra caviar served with farm-fresh soft-boiled eggs and brioche toast. We would enjoy magnum after magnum of vintage Krug and Salon Champagne, all kept cold in an old claw-foot bathtub full of ice. I think “Siamese Dream” by Smashing Pumpkins would probably fit my mood at this point.

A few hours later lunch would be served outside on a large porch overlooking the lake (did I mention that the house had one of those?) We would begin by enjoying bowls of creamy tripe soup with lemon & tarragon, followed by pork ribs and spicy macaroni & cheese. Normally this meal would need some greens, but this is my last day on earth, so fuck it. I think I would go with something simple and cold, like Commanderie de Peyrassol Rose, with this course. I know that many would choose beer, so it will be served for those who so desire. A playlist of various “Yacht Rock” artists would keep things smooth and entertaining here, and would eventually lull us into a brief nap period.

I would like to wake up to “Edge of the World” by the Faith No More, along with some hot Genmaicha tea and then maybe a little more weed. Now it’s time for afternoon snack number one: Foie Gras & Blood Sausage tarts inspired by the one I had at Au Pied du Cochon in Montreal. A few bottles of St. Joseph from Yves Cuilleron would put me us back on track and prepare people for the feast that lay ahead.

At this point I would break away with a small group and let the party go on without us for a few hours while we partake of snack number two: “Nyotaimori.” We would enjoy several pieces of sushi off of a beautiful Japanese woman’s naked body, served with four bottles of Sato No Homare "Pride of the Village" Junmai Ginjo.

As we rejoin the group for dinner, I would turn over the DJ responsibilities to my friend Katie, with the unspoken agreement that at some point we would hear “Home Sweet Home” by Motley Crue.

The final feast would start with Tom Kha Gai soup, served with 1990 Dr. Burklin Wolf Riesling Auslese Trocken. After that we would enjoy crispy fried veal sweetbreads washed down with several glasses of 2004 Shafer Frohlick Riesling Spatlese. I would probably need to make a drunken speech at this point, assuring everyone that there’s “only two more courses and then you don’t have to eat for a week as far as I’m concerned, I’ll be dead.”

The main course will be braised lamb shanks, that will be served with nan bread and hand-rolled israeli couscous cooked in almond milk. For this segment we will serve various magnums of Cote-Rotie, Vacqueyras, and Gigondas, hand-picked by my roommate. I would now begin to interfere with the music, requesting songs and then changing my mind halfway through.

I can’t think of any dessert I would enjoy more than crepes with Dulce de Leche, just like I had in Argentina. No matter how painfully full I am, I will be able to eat this dish. As the hour draws near, I think I might munch some psychedelic mushrooms and wash them down with a half bottle of old Trockenberenauslese.

Now that I should be pretty detached from any kind of reality, the day is almost over. At the last few minutes, I would like to be fed something disgusting, such as a bowl of English Peas and a warm glass of cheap rum, to make my transition a little easier….. 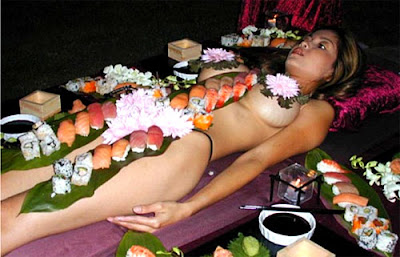 photo of myself by Zack Bowen
Posted by Caligula at 11:35 AM

Email ThisBlogThis!Share to TwitterShare to FacebookShare to Pinterest
Labels: final destination, last day, motley crue, nyotaimori, Peas, too much time on my hands, would anybody want to recreate this day aside from the dying part?

Caligula
The Only Thing I Don't Like to Eat? Peas. Also... Natto Beans.

Who's Telling Me What

What Do you Need?